The car park at the Hove Anglers Club was in need of repair.  Following the winter storms retaining wall had been undermined and had caused damage to the reinforce structure. Voids had formed under the car park hard stand where the shingle beach had been washed away.

The project was to break out the concrete slabs and retaining wall over a length of 30m and reconstruct in new reinforced C30 concrete. Excavations were undertaken with 15 tonne excavators during low tides, a shingle berm was formed to keep the site dry in all but the highest tides. Formwork and concrete pours were carried out to complete the work. 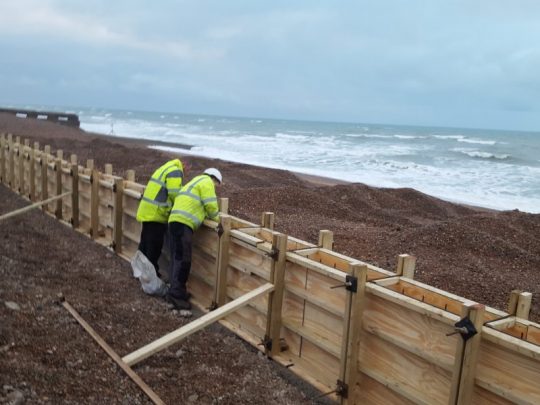